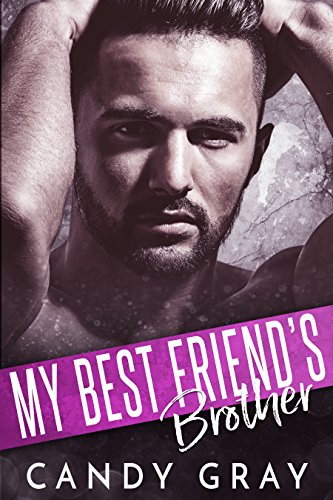 I can have any woman I want.

Until my sister's best friend teaches me otherwise.

And she wants to interview me.

But she doesn't buy into my charm.

And that turns me on even more.

I'll punish her for playing hard to get.

Until tears of frustration rise to her eyes.

Sarah Williams, I’ll make you mine.

And one night is all it'll take. 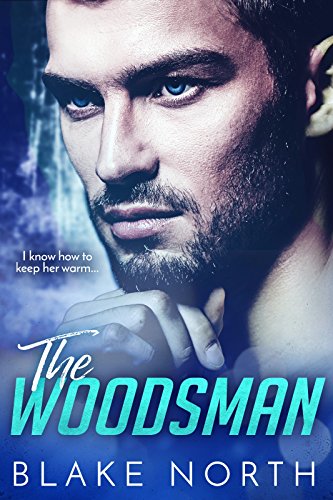 I moved up into the mountains to put my past behind me, to find some peace.

This mountain is my sanctuary. Until some woman shows up during a snowstorm with a suitcase, insisting she’s rented my cabin for the week.
She got scammed. Not my problem. She’s got curves in all the right places, but I send her away. The next thing I know, she’s
crashed her car in the blizzard and I’m carrying her to my cabin.
I rescued her and now we’re snowed in together. It’s all I can do to keep my hands off her. But I know she wants me, too.
Sparks fly, and there’s no turning back. We’re all alone up in the mountains, snowed in and having the hottest fling in history.
There’s only one problem: I don’t want to let her go.
Make that two problems: I can’t let her find out my dark secret.

If I tell her the truth, she’ll run away, and I’ll never see her again. If I keep the secret, I lose the girl of my dreams. 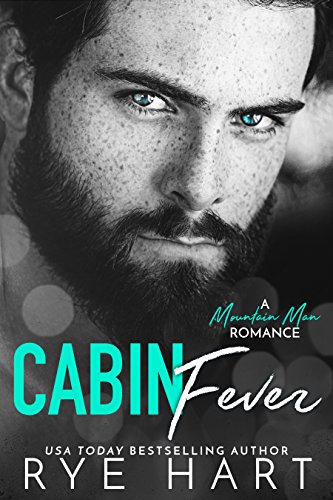 Mr. Dreamy saved my life.
Now, he's staring at me like I'm his prey.
The temperature outside may be subzero.
But the heat between us is dangerously high.
Cabin fever has never felt so good.

Liam:
Whitney was scared and alone.
And f*cking stunning.
I may have given society the finger
But, then I saw the goddess hurt and helpless.
And, my inner beast went into overdrive.
Now, it's just the two of us, alone in my cabin.
And, I'm finding it hard to resist her lips.
Her eyes tell she wants it too.
Meeting Whitney was chance.
Letting her go just isn't an option.
The Navy did a number on me - but I know damn well that won't ruin the best thing to happen to me. 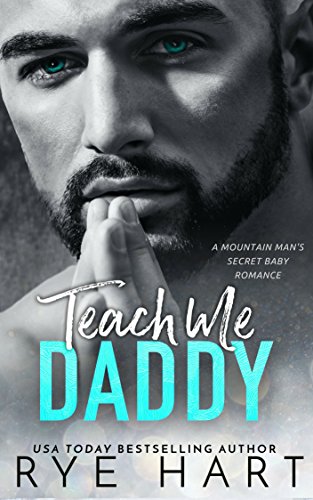 I came to the stone mountains to forget.
But there's one woman that still haunts me to this day.
For one night, I owned her. Her innocence. Her purity.
It's been years and she has something that belongs to me: our daughter.

Rose
Years ago, when we met, I got a taste of what it meant to be with a real man.
He has a thirst for dominance. Control. Power.
That one night of ecstasy was worth losing my virginity to a complete stranger.
But when I learned the truth about Camillo, I left without a goodbye.
Now he's shacked up in a cabin at the outskirts of town.
I'm scared he knows my secret.
Something tells me I can trust him - but I can't take any chances.

Camillo
For one perfect night, I owned her in every way imaginable.
Years later, I've discovered she has a little girl - an angel with blue eyes like her daddy.
I have to convince her I'm a man she can trust and maybe even love.
But first, the men from my past want to dig my grave and everyone I love.
They have no idea the hell I'm about to bring.
Because no one is laying a finger on my family. 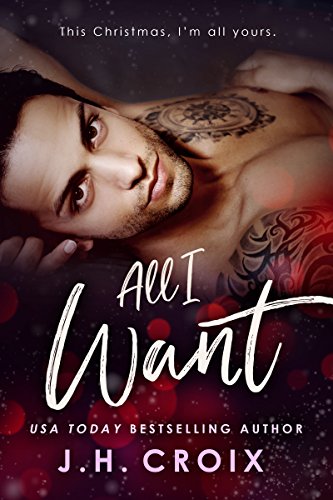 One kiss that burned so hot, I never forgot.
Five years later.
Audrey… the hottest woman I’ve ever known and my sister’s best friend.
I was half in love with her for years.
I moved on, and so did she.
The universe rolled the dice.
A dark, snowy night—no joke.
I find her walking through the darkness.
Christmas is right around the corner.
She’s so d*mn tempting, I can hardly think.
Maybe rules are meant to be broken.
Maybe second chances are real.

I’ve only fantasized about Dallas for, oh, too d*mn long.
One wild kiss. Five years ago.
I’ve never forgotten it.
He’s tall, dark and dangerous…for real.
FBI Agent, sexy man extraordinaire.
He couldn’t be bothered with me.
Maybe because he thought I was too young.
I’m not anymore. 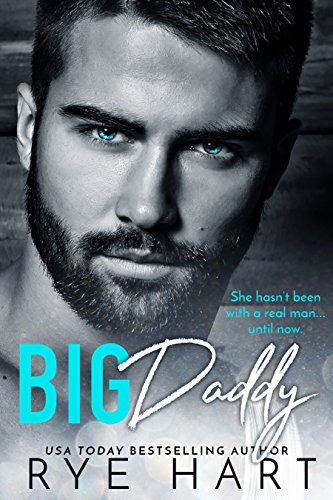 Just like the mountains...
Chance is big. Rugged. And cold.
When the sexy single daddy looks at me...
I can't help but feel like Little Red Riding Hood.
And that thrilling hunger in his eyes is making me weak.

Dream
The women in this small town can't stop gossiping.
So we'd better give them something to talk about.
I took a leap of faith when I became a tutor for Chance's little girl.
Little did I know there were a few things he wanted to teach me.
But the skeletons in my closet won't stay locked away for long.
If I stick around, I'll put everyone in danger.
If I leave, I'll lose my one true chance at happiness.

Chance
A f*cked up world made me into the man I am today.
All I gave a damn about was my little girl.
Then Dream walked into my life.
She woke up the beast I had locked away.
I knew I had to have her. Own her. Taste her.
And then there's the way she lights up my little girl.
She doesn't understand the power she has over me.

But, a man with a death wish wants to harm her.
He has no clue who the f*ck he's messing with...
I'll protect Dream and the miracle that's growing inside her. 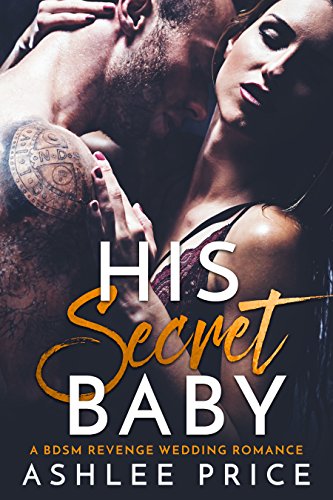 Why be an angel when the bad boy always gets the girl?

I can't stop thinking about her.
Curves that drive a man crazy and a smile so sweet I'll commit every sin just to have her.

Yeah...the type of sin that comes with punishment.
I have it good now but if I screw this situation up, it's not just me who'll pay the price.
She's a flame and I'm a fu$ken moth. I won't leave unless she pushes me away.
My revenge might break us both.

If my new business fails I'll lose everything.

If I break it off with Riker, it's only my heart that will die.
The solution is to push him away. I just hope I survive what he does to make me pay.
I have to survive--it's not just me anymore.
It's me, and Riker's baby.
What will I do if he finds out? What will I do if he doesn't care? 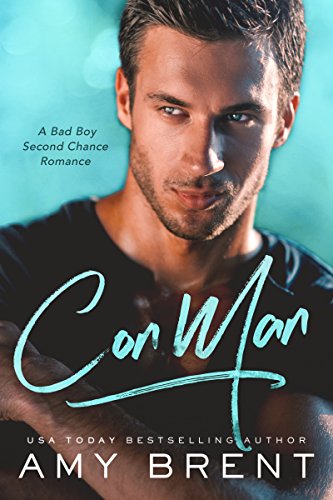 I am a con man, I don't do relationships, I don't do love.
I am not a nice guy, I don't wanna be.
I just do my thing - con rich women, make them fall in love with me,
And then...I become history for one woman and future for another.

I've been living this way for the past so many years,
And loving it too.
Until, Olivia Hart happens to me - again!

I cannot fall in love.
But I give in.
Alright, what's wrong with only once...
I'll keep it purely physical.
I just want to taste that body... the body she denied me in high school.

But then, old flames reignite and things start looking up for me.
Until....
I realize Olivia is the private investigator hired to catch me.

How did I not see it coming?
She is conning the con man,
But what she doesn't know is that
The story has just begun! 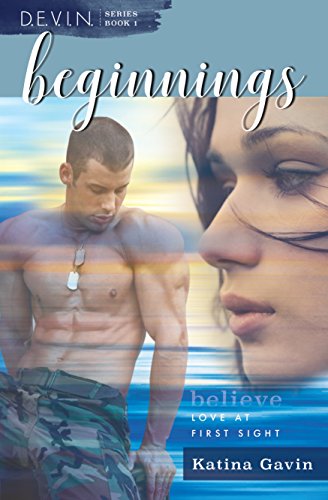 The military gave them purpose. The mountains brought them love…

Angel has just one assignment left. After burning out from years with the SEALs and the DEA, he's ready to settle down and start a new chapter in his new life. When the investigation of a double homicide leads him to Lindsey's door, he knows that she's the one. But eight years after burying her husband, can Lindsey learn to let go and try again?

Devin's superior intellect makes him America's most precious asset. He may be able to develop futuristic weapons for the U.S. military, but under constant protection for his incredible and dangerous brain, love has never been in the cards. When his handlers see the way Devin acts around Lindsey's sweet sister Jamie, they conspire to get the two of them together. But can they convince Lindsey and Jamie's hard-nosed father that Devin is worth the trouble?

Joe lives for his job with the SEALs, but that doesn't leave much room for a relationship. Lindsey's other sister Sydney refuses to become either a Navy wife… or a Navy widow. She won't tie the knot with Joe until his retirement is official. Who will win out: the Navy or their love?

Before Angel, Devin, and Joe can explore their chance at a happily ever after, they'll have to catch a killer as treacherous and unpredictable as the mountains themselves… 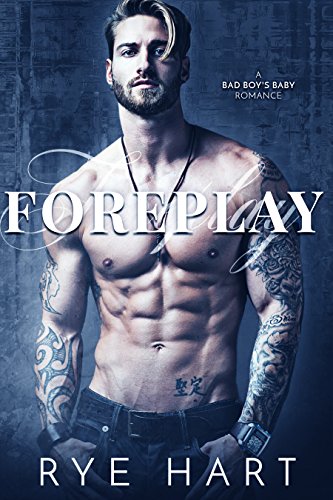 It started out as kinky cybersex.
And then quickly evolved into toe curling bliss.
Tate was a welcomed distraction.
But, he's keeping a mysterious secret.
And I have a feeling it has something to do with my growing baby bump.

Tate Evans:
I joined a dating site to find the perfect baby mama.
I didn't care about being a father.
It was all a means to an end.
But when I met Kami, everything changed.
She's the temptress I used to see in my dreams.
And now she's here - carrying my baby.
Kami is the one I can spend the rest of my life with.
And, I'll give up everything for her and our baby.

But she'll hate me after I reveal the truth.
One thing's for sure: I'll do everything in my power to win her heart again.