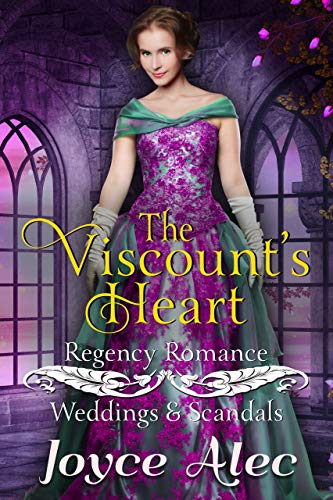 Can Emily find the courage to save herself and give her heart to the man she truly loves?

Miss Emily Smythe has loved Viscount Wickton ever since she set eyes on him. Having always been a quiet wallflower, she lacks the courage to tell Lord Wickton the truth about how she feels. However, Lord Wickton does not appear to be at all interested in her and, despite her sorrow, Emily decides that she will have to allow Lord Davenport to pursue her instead.

Lord Arthur Wickton has always appreciated Miss Smythe’s acquaintance but has never allowed himself to consider his heart. When witnessing Lord Davenport’s callous treatment of Miss Smythe, Arthur finds himself suddenly determined to stop their courtship – only to suddenly find himself trapped and unable to get to Miss Smythe.

Has he realized the truth of his feelings too late? Can Miss Smythe find the courage and determination she needs to rescue both him and herself? Or will Lord Davenport prove the victor, despite their attempts?