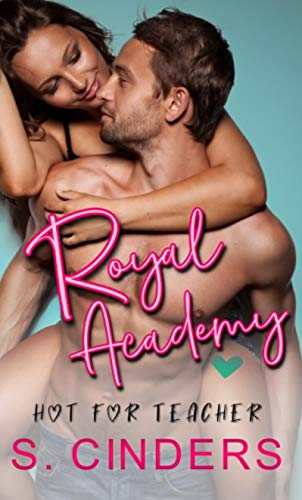 It started with a bet.

Princess Lia has been banished to the Royal Academy to teach Manners and Deportment. Not only did she hate her time as a student there but the teachers aren't happy about her return as a guest professor for the year.

Banking on making friends with the other new teacher, Lia imagines Professor Lehman to be a lovely elderly gentleman with tuffs of white hair and a bent spine.

When the real Nick Lehman arrives with his striking Godlike looks, Lia is bound and determined to ignore him. After all, her father has finally promised her freedom if she serves her time and stays away from scandal.

Who cares if he makes her knees weak and haunts her dreams? That smoking hot body and chiseled chin, not going to be a problem.

Lia's a princess on a mission, what could go wrong?

Sally has waited patiently for Benedict to finally notice her, well, no more. Just as she is about to give up on him he makes her promise to give him thirty days.

Now King Benedict has thirty days to figure out who is stealing from the treasury, fend off the bevy of beauties his advisors have dragged in, and convince Sally to give him a chance at love.