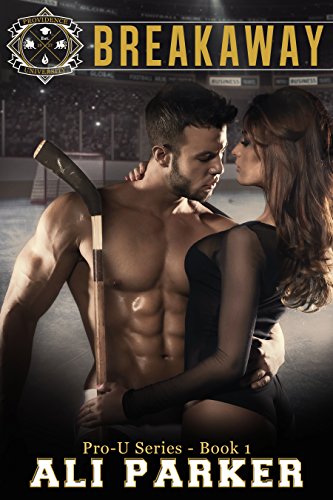 Lucas White is captain of the hockey team, and well deserving of the position. He’s hard-hitting, rough and puts up with very little. He’s kept to himself throughout his years at Providence University, but it’s time to train the next man up in line for his position. His second on the Hockey team has a twin sister that catches everyone’s eye and leaves most of the guys acting like idiots, but Lucas isn’t interested. Girls are too needy, too catty and a pain in butt. Plain and simple.

Aubrey Moore’s had her eye on the captain of the hockey team for the last few years since her brother, Jayce joined the team. He’s known for being a complete jerk, but Aubrey’s had the pleasure of seeing around the edges of his personality and wants to know him more. Now she just has to figure out how to help him breakaway from being so jaded and join her in the best adventure anyone could embark on -love.

**HEA - these novels are all within the Pro-U series, but are about different couples at the university and should stand-alone.