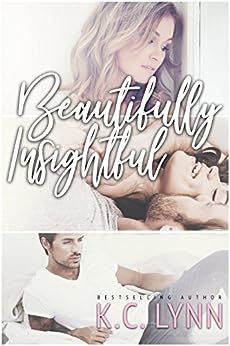 Emily Michaels lives a life of privilege and prestige. She’s been afforded luxuries that most girls dream about but it’s only attributed to her lonely existence. Due to her disability, Emily doesn’t feel like she belongs in the elusive world she’s grown up in.

That all changes her senior year when she meets Ryder Jameson, the tattooed bad boy who takes her breath away with a simple touch. A boy her parents would never approve of due to his lack of wealth and social status, but that doesn’t stop her from being with him.

Ryder makes her feel beautiful in a way no one else ever has. For the first time in her life, Emily finally feels like she belongs. Until the day her world comes crashing down, destroying the one chance she had at being happy.

FBI agent Ryder Jameson has been given the opportunity to run one of the largest undercover operations of his career. The case that gets tossed in his lap will take him back to the town he swore he would never return to and to the only girl who has ever mattered to him.

Ryder plans to not only bring down the corruption that has poisoned his hometown but he will also take back the one girl who was stolen from him when he was just seventeen years old.

Ryder and Emily come from a world where politics separates them and wealth defines them, but they will not let it divide them.

This is their story.