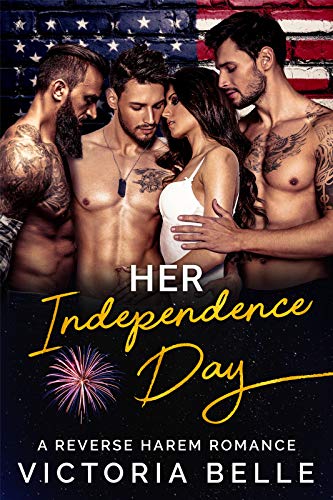 Ashley is done playing by the rules. It's time for a walk on the wild side.

She's going after what she's always wanted, and what she'd never admit to wanting.
Forget what her mother and her ex have always said, she's going to be a painter. But that's not the only thing that's going to change now that she's home.

All three Thomas boys are glad to throw off the shackles of 'stepbrother' since the nasty divorce between their parents. Even better, she's not engaged anymore.

Now they're free to go after what they've always wanted: their hot former stepsister.

Nights of captivating pleasure consume them.
They can't imagine ever letting her go.
They don't give a damn what the rest of  the world thinks.
Ashley and the Thomas boys are a wicked match made in paradise.
But when Ashley's life is in danger, they could lose her for good.

As if that son of a b*tch stands a chance against three former Navy SEAL's when they're protecting the woman they love.