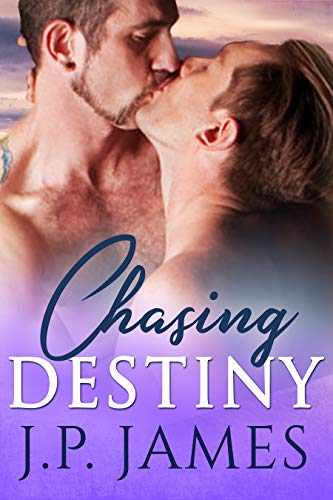 Meeting Nick was a dream come true. When he knocked on the door, I could barely breathe because I had no idea that my roommate’s dad was so hot. Nor did I realize he was a world-famous chef. But sparks flew, and soon I was ensconced in Nick’s arms. Who could have guessed that I would fall in love with my best friend’s dad?

But the chasm between us is great. Nick is a master chef with his own cooking show, while I’m a student intern. He’s sold thousands of cookbooks and has millions of fans, whereas no one knows me. The problem? Nick has to pretend to be straight for his mostly female audience. This is crazy; it’s the twenty-first century, and no one should have to hide. This is an affront not only to my core beliefs and values, but also to the entire LGBTQ+ community.

But Nick says I’m wrong - he has to respect his audience because they pay the bills. I’m conflicted and hurt, not to mention angry and emotional. Is this what our relationship has come to? Money and fame over love? Or is there something more?

I’ve worked hard to get to where I am. It’s not easy being a top chef. Maybe I don’t dice every tomato or make every strand of pasta myself anymore, but there’s a lot of responsibility that comes with my job. I show up on set every morning, and people expect a particular image when they think of Chef Nick: handsome, smiling, and most importantly, available. My female audience thinks I’m straight and likes to fantasize about dating me. But after I meet Trace, my son’s best friend, everything’s thrown into turmoil. Trace thinks that I should shout my sexual orientation from the rooftops and let my audience see that I’m dating a man. God knows, that’s exactly what I’d like too.

But Trace doesn’t get it because he’s never suffered. He’s never eaten ramen by candlelight or let his car break down because he couldn’t afford repairs. Trace doesn’t know the sacrifices I’ve made to get to where I am today. The problem? I’m desperately in love with him. But how can I resolve the tension between my work and personal lives? My handsome lover is hell-bent on getting his way, but at what cost?

***Chasing Destiny is a full-length MM romance with no cliffhangers and no cheating.***